Painkillers 'are the cause' of millions of headaches 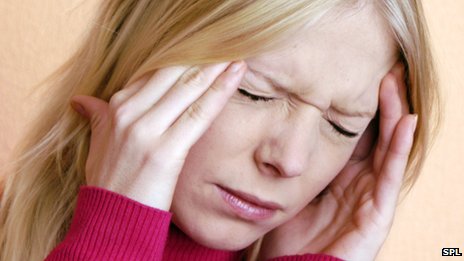 Up to a million people in the UK have "completely preventable" severe headaches caused by taking too many painkillers, doctors have said.

They said some were trapped in a "vicious cycle" of taking pain relief, which then caused even more headaches.

The warning came as part of the National Institute for Health and Clinical Excellence's (NICE) first guidelines for treating headaches.

It is also recommending acupuncture in some circumstances.

"Medication overuse headaches" feel the same as other common headaches or migraines.

There is no definitive UK data on the incidence of the condition, but studies in other countries suggest 1-2% of people are affected, while the World Health Organization says figures closer to 5% have been reported.

While painkillers would be many people's instant response, they could be making sufferers feel even worse.

"It is such an easy thing to prevent."

Exactly how painkillers have this effect on the brain is unknown.

Most of the people affected are thought to have started with either everyday, tension-type headaches or migraines. The headaches then became worse as they treated themselves at home.

Manjit Matharu, a consultant neurologist at the National Hospital for Neurology and Neurosurgery, said there was a tipping point at 10 to 15 days of using pain relief each month when the drugs became the issue.

He said: "This is a huge problem in the population. The figures in terms of the number of people who have medication overuse headache are one in 50, so that is approximately a million people who have headaches on a daily or near daily basis because they're using painkillers." 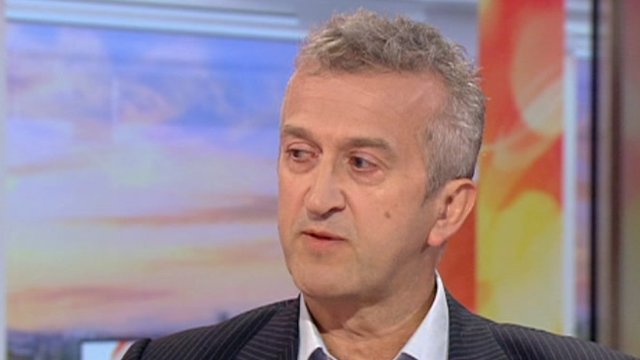 People with a family history of tension-type headaches or migraine may also be genetically more vulnerable to medication overuse headaches. They could be susceptible when taking pain relief even if it is not for headaches.

The new guidelines for doctors in England and Wales advise telling sufferers to immediately stop taking all pain relief. However, this will lead to about a month of agony as patients contend with regular headaches without pain relief, until symptoms eventually improve.

The panel said other options for controlling any underlying headaches, such as preventative treatments, could be considered.

The guidelines also include a recommendation for acupuncture in patients susceptible to migraine and tension headaches.

"We would expect that to lead to more people getting acupuncture, but given there is good evidence to show this is effective for the prevention of both tension-type and migraine-type headaches then that is a good thing because people are getting access to an effective treatment," Prof Martin Underwood said.

Doctors have also been asked not to refer patients for brain scans "solely for reassurance" that they do not have a brain tumour. The NICE panel said a tumour would come with other symptoms such as a change in behaviour or epilepsy.

The chief executive of the Migraine Trust, Wendy Thomas, said: "The guideline will assist with accurate diagnosis, appropriate referral and evidence-based information for those with troublesome and disabling headaches.

"It will also raise awareness of medication overuse, which can be an issue for those with severe headaches.

"People with disabling migraine will experience improved quality of life as a result of this guideline."

Dr Fayyaz Ahmed, the chair of British Association for the Study of Headache, welcomed the guidelines.

He said: "Headache is the most prevalent condition and one in seven of the UK population has migraine.

"The condition puts an enormous burden on the healthcare resources and the economy in general."