Why do we get sick after vaccination or medication?

By Cynthia A. Janak

For the last several months I have been trying to answer this question. I have been reading a lot of research papers, etc. to find out my latest why?

First, a review of what led me to research this topic. Back in December of 2009 I was given an antibiotic that I was allergic to and had a reaction. Not a severe reaction but a reaction none the less. It caused me to have swelling in my feet and hands making it next to impossible to do normal everyday things. I had pain in my tendons which made it difficult to get in and out of a sitting position. It also gave me odd sensations in my legs which caused me to have to sleep with them elevated or I did not sleep, etc. The doctors wanted to give me medications and told me I would probably have to be on the rest of my life. That was not an option for me so I started to do my own research into why this happened to me when I was active, healthy and strong. Here are my findings to date.

What I am going to give you is what I have found on various websites of reputable sources. This is for your information only and not meant to diagnose any illnesses or issues you may have. I will summarize at the end.

Initially, I found out that Glutathione synthetase deficiency is associated with Rheumatoid Arthritis because that is what the doctors told me I had. Then I found that many diseases and auto-immune diseases were also associated with this deficiency. This peeked my interest.

Here are some quotes from a small portion of the studies I read. It is pretty dry reading but please read on.

"In a previous study, we showed that decreased intracellular levels of the antioxidant glutathione (GSH) are associated with hyper responsiveness of SF T cells in RA (18). Interestingly, decreased GSH levels within T cells have been shown to be accompanied by diminished Ca2+ responses (29). " [1]

" Subjects with diagnoses of arthritis, diabetes, or heart disease (as assessed by physicians) had at least marginally significant lower glutathione levels than those who were disease free. " "The general hypothesis of the research is that higher glutathione levels are associated with better overall health." [2]

Here is one where they were talking about hemolytic anemia. This was a flag to me because I had spoken with one mother of a Gardasil Girl and she asked me about anemia because her daughter was diagnosed with that after the vaccinations.

"Two different clinical syndromes are associated with glutathione synthetase deficiency, one presenting with helolytic anemia and 5-oxoprolinuria, the other with isolated hemolysis." [3]

I started to look at what else is associated with Glutathione Synthetase Deficiency. This is what I found.

Hold on one second here. This study references acetaminophen. This is Tylenol ® and other pain relievers. I never knew that your body needs to detoxify after taking an over the counter pain reliever or any drugs.

In the last quote it also names many more diseases that this deficiency is associated with. Does this mean that if you boost your glutathione levels as reported in these studies you can be healthier? It seems so.

"Glutathione deficiency contributes to oxidative stress, which plays a role in aging and the pathogenesis of many diseases (including kwashiorkor, seizure, Alzheimer's disease, Parkinson's disease, liver disease, cystic fibrosis, sickle cell anemia, HIV, AIDS, cancer, heart attack, stroke, and diabetes). New knowledge of the nutritional regulation of GSH metabolism is critical for the development of effective strategies to improve health and to treat these diseases. " [5] 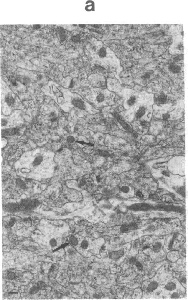 But it gets better. Check this study out.

(Captions from pictures — Mitochondrial damage in cerebral cortex of newborn rats after BSO administration. The rats were given saline (a), BSO (b),) (6)

"In addition to these findings there is also strong evidence of abnormalities of detoxification in ME/CFS. Glutathione, the body's most powerful antioxidant, is consistently found to be low (14, 15). Glutathione may become depleted due to chronic exposure to high levels of toxins. This could potentially be as a result of exposure to toxins in the air or from chemicals of gut origin in the presence of gut dysbiosis. Overactivation of the immune system also depletes glutathione so this may come as a knock on effect from immune system abnormalities. What is certain is that low glutathione leads to fatigue and muscle weakness and pain due to its role in energy metabolism. Low glutathione also results in oxidative stress, meaning that highly reactive oxygen molecules are not neutralized and are thus free to roam the body damaging cells and interfering with potentially any body system." [7]

"Glutathione (GSH) is an important soluble antioxidant present at high concentrations in the brain (Dringen et al. 2000). Postmortem study has shown that there was a 40% decrease in reduced form of glutathione (GSH) in SN of PD patients (Sian et al. 1994). In addition, it was proposed that GSH depletion is the first indicator of oxidative stress during PD process (Bharath et al. 2002)." [8]

Is there a cure for Cancer I think they have found it. Check out what I found on this website. I figured it was easier to read than all the other studies that I found. 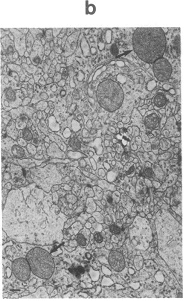 "A large cancer trial sponsored by Project Euroscan described the many positive effects of GSH as a cancer prevention agent — reviewing potential uses against lung, breast, bowel, and skin cancers.

They outlined the actual mechanisms by which GSH exerts these effects.

One of glutathione's effects upon our immune system is to control and balance the growth of T-cell lymphocytes (white blood cell), thereby strengthening the immune system.

Glaxo Welcome Research and Development scientists showed that high GSH levels act against tumors by elevating TNF. In the laboratory they halted tumor growth in more than one third of mice injected with cancer cells.

Commenting on the anti-tumor function of GSH, Dr. Alan Pressman, in 'The GSH Phenomenon,' explains, "If your antioxidant levels are high, your immune system will function optimally — and destroy the renegade cells quickly."

However, if your GSH levels are low, because free radical oxidants are being formed faster than anti -oxidant systems can fight — cancerous cells may not be detected.

This unchecked cell forms into a mass (tumor) that develops its own blood supply. [9]

There you have it. Glutathione is associated with cancer prevention.

The way I see this is. With my Gardasil Girls/Boys and with the Autistic children who express similar symptoms have the real possibility of being glutathione deficient because of oxidative stress. You could have this deficiency through genetics, family history of allergies/auto-immune diseases or repeated exposure to antigens, pathogens or toxins.

It is my opinion that as we get older our bodies produce less glutathione and since they did not know why we had more health issues as we aged they just called it "It is just old age." and left it at that. When, in essence, it is just that we are glutathione deficient.

"Overactivation of the immune system also depletes glutathione"(7) This is what I believe happens when we receive a vaccination. It over stimulates the immune system (high titers) to give immunity to what is in the vaccine.

An infant whose immune system is not fully functional receives a vaccination. There is the potential that the infant is glutathione deficient. Therefore it may cause an adverse reaction or further deplete the glutathione available. Subsequent vaccinations if this condition exists could cause damage to the immune system that we are trying to enhance.

If infants, children and adults are not tested for glutathione deficiencies before vaccination or receiving any medication the potential for a reaction could be very real. That could be the reason why we have so many children diagnosed with ADD, ADHD, Autism and other learning disabilities.

The sad thing is that these children who may only be glutathione deficient are receiving SSRI's and other anti-depressants. This is the same for adults who may be depressed. They may also be just glutathione deficient but we are giving them mind altering drugs to ease the depression instead of modifying diets and supplementation to boost the body's production of glutathione.

In a perfect world I would like to see everyone tested for glutathione deficiency before receiving any vaccination or medication. What should also be taken into account is the known scientific fact that people with allergies have the potential to be glutathione deficient and that should be a red flag to doctors to get those patients tested first. "Do No Harm" Isn't that the code of the physician?

I have a challenge to put out there.

Is there a health conscious institution or doctor that is not affiliated with a pharmaceutical company willing to take on the challenge of running a study to see what the proper procedures and dosing would be to boost glutathione in the prevention and alleviating the symptoms of various diseases?

Also, is there someone who has money that they would like to put forth to this endeavor?